It grabs a hold of your senses and doesn’t let go until you have boarded a flight out of the country. It is truly a whirlwind of a country, and there is no place better to introduce you to Egypt than Cairo.

If you are planning a week or two stay in Egypt, I would suggest making Cairo your starting point. Not only will you find the most flight options to Cairo, but I also like to start with the most hectic city first so you have more energy to put towards it!

Getting Around Cairo, Egypt

DO NOT attempt to drive in Cairo. We arrived at 2AM into the Cairo airport and hired a driver to take us straight to our hotel in Giza.

It is roughly a 45 minute drive without traffic, which we thought wouldn’t be a problem that late at night. At 3AM in the morning, there was so much traffic on the highway, at one point our driver was going in reverse on the highway to avoid a traffic pile up.

Not to mention car insurance is so expensive in Egypt that most everyone drives without it. In Egypt if two cars get into an accident, the two drivers decide who was at fault and that person gives the other money to compensate for the damage.

Save yourself a lot of stress and hire a driver. Your hotel can arrange transportation from the airport to the hotel. We also booked a tour guide for our two days in Cairo which came with a driver each day, who took us to the airport at the end of our second day!

Related Posts: Luxor Itinerary: What to see in Luxor in 2 Days | A Guide to Spending 2 Days in Aswan

Where to Stay in Cairo, Egypt

Hands down the best place to stay in Cairo is at the Marriott Mena House in Giza. Located right at the entrance to the Pyramids of Giza, you can be in the hotel grounds and have the stunning backdrop of the pyramids as you enjoy breakfast. We enjoyed coming back to the hotel after a long day and relaxing on the beautiful hotel grounds. Instead of staying near the pyramids in Giza, there are also many hotel options in Cairo closer to the airport and the Bazaar.

Day 1 in Cairo Itinerary: Explore The Pyramids of Giza & Saqqara

We arrived to the hotel around 4AM the night before, slept a few hours and woke up around 7AM for breakfast. The breakfast at the Marriott Mena House is buffet-style with the Great Pyramids of Giza as your backdrop. Does it get any better than that? Despite the lack of sleep the night before, we were beyond excited to start exploring Egypt. Our first stop was the Great Pyramids of Giza, located just blocks from our hotel.

The Pyramids of Giza

Despite the multiple articles I had read about the pyramids being an overrated tourist attraction with the Pizza Hut sign in the background, I did not leave with a similar experience. There is in fact a Pizza Hut across the street, however I did not once notice it during our time at the pyramids. I have even heard it is a fabulous place to watch the sound and light show that takes place each night. Seeing the pyramids for the first time is such a surreal experience. I don’t know anyone that hasn’t dreamt of standing underneath the towering Pyramids of Giza wondering how they were constructed or what life must have been like in ancient Egypt. Seeing the pyramids of Giza is an experience I would suggest to anyone.

We spent an hour at the pyramids walking around the grounds and trying to find fun angles of the pyramids. To go inside the Great Pyramid you need an additional ticket for 400EGP. We opted to not purchase the additional ticket as you can go inside the smaller pyramid for free. I’m glad we didn’t purchase the extra ticket because I didn’t even make it all the way into the tomb of the smaller pyramid. It is an extremely humid, steep and narrow journey into the pyramids to look at what is a small burial room underground. If it is something you feel like you can’t leave without seeing, then definitely buy the extra ticket for access to the burial tomb of the Great Pyramid.

The Sphinx of Giza

I was almost more excited to see the Sphinx statue as it most reminds me of Egypt. The Sphinx in Giza was one of the first statues ever erected, however the year it was built, by whom, and for what purpose is still largely unknown. The Sphinx is truly an amazing piece of art and should not be missed!

Saqqara is a vast, ancient burial grounds for the Ancient Egyptian capital, Memphis. The burial pyramids here predate the Great Pyramids of Giza. One interesting thing we learned while visiting Saqqara was the north of Egypt is actually considered “Lower-Egypt” due to the way the Nile river flows south to north. Some of the most colorful hieroglyphics are in the Tombs of Idut at Saqqara.

I am not particularly fond of riding camels. We did that once in the Wadi Rum Desert in Jordan and were left sore in places I can’t explain. It is also important to understand how the animals are being treated. Yes, the animals are being used to make a living for an Egyptian local, as animals have always been used throughout history; however, animal cruelty should never be tolerated for tourism. That being said, we did take a camel that we had met earlier in the day on a nice sunset walk in the Egyptian Sahara desert with the Pyramids of Giza as a backdrop. We also made sure to feed the camels some snacks, because who doesn’t love snacks!

We spent our second morning in Cairo enjoying a slow breakfast from our hotel balcony before saying goodbye to the pyramids in search of some mosques and Cairo city views.

Mosque of Muhammad Ali (Alabaster Mosque) at the Citadel

Situated on the summit of the citadel, this Ottoman mosque, the largest to be built in the first half of the 19th century, is, with its animated silhouette and twin minarets, the most visible mosque in Cairo. Make sure to see the view from the Citadel of Cairo.

Al-Nasser Mohammed Ibn Kalawoun is an early 14th century mosque located at the Citadel. It was built by the Mamluk sultan Al-Nasr Muhammad in 1318 as the royal mosque of the Citadel, where the sultans of Cairo performed their Friday prayers.

This is another impressive mosque / madrassa or “school” located in the city center of Cairo. Almost empty when we visited, you first enter by taking your shoes off as with most mosques, and you feel immediately that you have stepped back into time. Walking through the madrassa, we were approached by a local man that worked in the school and asked if he could perform an Islamic hymn for us to show the acoustics of the madrassa. For as many times are we felt we were taken advantage of in Egypt, there were still those quiet moments of selflessness and genuine pride for their culture that really that we have really held onto.

While we enjoyed the souks in Morocco more than the one in Cairo, the Khan el-Khalili Bazaar is definitely something to be seen and experienced when in Cairo. Here you will get a taste of everyday life in Egypt. Bartering for the price of anything you want to buy is required, so why not have a little fun with it if that’s something you don’t normally do! We stumbled into an antiques shop in the market where everything was made of brass and walked away with a neat Christmas ornament. The owner did not speak any English, so we bartered using a calculator!

Try a local Egyptian dish at the famous Naguib Mahfouz

This restaurant is named after an Egyptian Nobel price winner, Naguib Mahfouz and is one of the most famous restaurants in the bazaar. We stopped in at the end of our walk through the Khan el-Khalili Bazaar and shared one of our most favorite Egyptain dishes, Koshari. Koshari is a traditional Egyptian dish, mixing chick peas, pasta, fried onions, and zesty and spicy tomato sauce, served on top a bed of rice and brown lentils! My favorite part of this dish is the different sauces it comes with that really spice it up!

The Egyptian Museum in Cairo is home to an extensive collection of ancient Egyptian artifacts, including the famous Gold Mask of Tutankhamun. You do not need a separate ticket to see the mask of King Tut like many other places in Egypt. However, they have restricted no photos of the famous mask. If you plan to head to Luxor during your time in Egypt, you will be able to visit the Valley of the Kings where the mask was originally discovered in tomb KV62 in 1925. The museum is currently located in Cairo, but the city is planning to relocate the museum to be closer to Giza and the Great Pyramids. You could walk around this museum for hours, but be warned there is currently no air conditioning.

Let me know in the comments if you have any questions about planning a trip to Cairo.

The Complete 1 – 2 Week Egypt Itinerary
Luxor Itinerary: What to See in Luxor in 2 Days 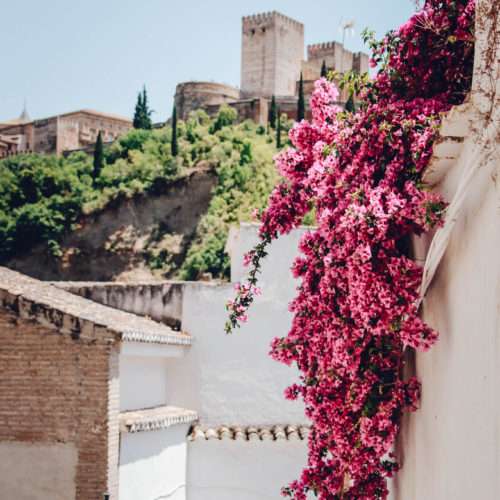 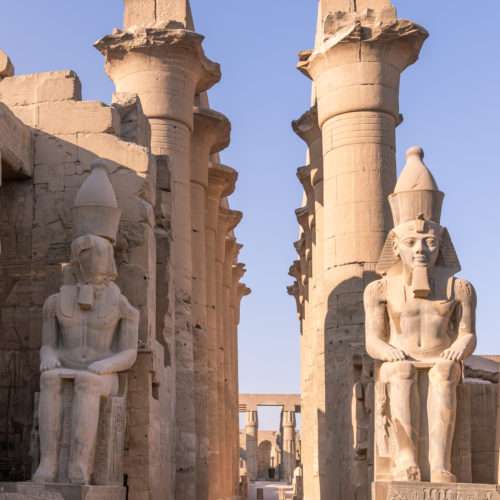 Luxor Itinerary: What to See in Luxor in 2 Days 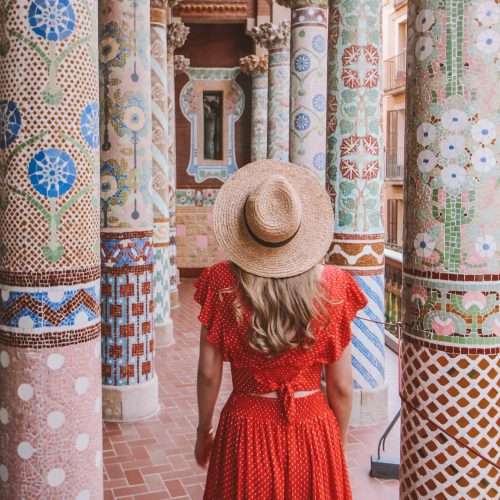 A Long Weekend in Barcelona: The 72 Hour Itinerary 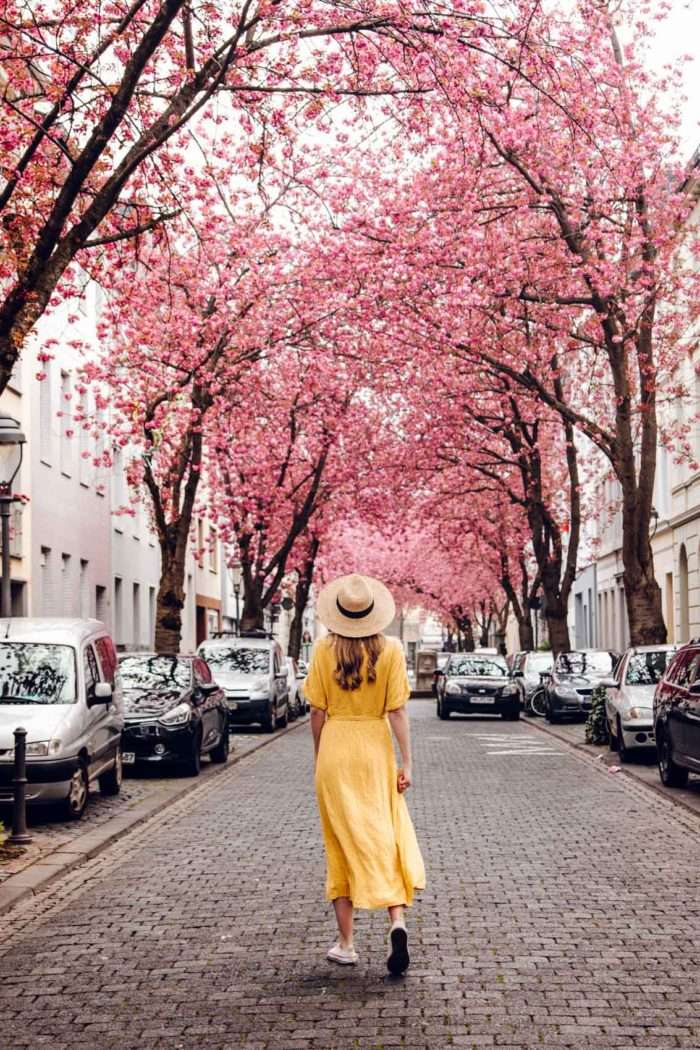 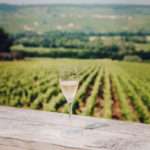 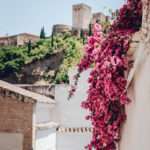 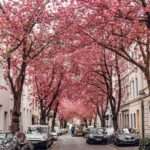 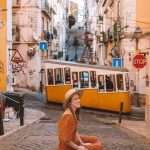 I will forever have the temples of Bangkok on my m

When waking up to this view in Thailand is better